Introducing T3ST, he is 24 a new Young Talented British Pop / Rap Artist based in London and he is set to release his debut single Burn Out.

Burn Out features the smouldering vocals of R’n’B singer Jermaine Riley (ex Fundamental) and was produced by UK Music Producer Delerious who has produced for the likes of Chipmunk, Sway, Cashtastic, Tinie Tempah, Stylo G, Bashy, and many more.

Burn Out is the first track to be released from T3ST’s Debut EP “Secrets Unleashed”, Burn Out will be officially released for sales via leading online stores from September 20th 2013.

T3ST is an upcoming humble artist from South London who cares about representing young people positively. He is conscious about always making sure he delivers important positive messages through his music to everyone.

His brand new single Burn Out is about living a good life because life is too short. It doesn’t matter what you are going through as long you are positive in life and you work hard like I am right now.

“When you get that chance always embrace it and when it starts to pay off why not celebrate and let the whole world know you can be who you want to be” said T3ST.

Burn out is also a track for everyone working hard, for instance when you work from Monday to Friday why not go out with friends on Saturday and party till you burn out, having fun because these days everyone looks stressed so to kill that negative vibe why not listen to burn out to drive away the stress.

Burn Out will be available for Sale online on ITUNES, Amazon and Spotify from the 20th September 2013

THE TRACK IS SIMPLY AMAZING! Watch the trailer for Burn Out below.

For more information or to book T3ST, please contact info@t3stofficial.com

McLean, the award winning British singer-songwriter formally known as Anthony McLean, has marked his return with the sensational new single ‘Does It Hurt’.

The artist shot to fame back in 2007 with the track ‘Broken’, one of the singer’s early singles. Working under the alias Digga, the track spread throughout the urban and RnB scene worldwide and was picked up by high profile names, including Tinie Tempah, Tinchy Stryder and Professor Green who created their own remixes of the track. The success of the song led to McLean being signed by Atlantic Records. McLean’s second single ‘My Name’, released in 2010, clocked up a number 10 chart position in the UK Top 40 and peaked at no.5 in the UK R&B Chart. That year he went on to win the best music video category at the Urban Music Awards for the track and was nominated for a MOBO award. The exposure brought McLean into further contact with some of the industry’s top names and he went on to tour with N-Dubz, Trey Songz and Roll Deep, as well as featuring as a guest vocalist on tracks such as Chase and Status’ ‘Take U There’.

A whirlwind three years persuaded McLean into taking a step back from the scene for a short while. Travelling to the US, McLean switched focus to writing new material, working with producers in both New York and L.A. The trip was hugely beneficial and saw McLean penning the majority of his forthcoming album.

‘Does It Hurt’ presents the singer’s first official release since 2010’s ‘Finally In Love’. A supremely heartfelt song, from the opening piano melody to McLean’s powerful vocals, ‘Does It Hurt’ echoes the singer’s trademark emotive sound. The single has been produced by the amazing trio that is TMS (Producers of No. 1 hits such as ‘Read All About It’ by Professor Green/Emeli Sande & ‘Wings’ by Little Mix) along with being mixed and mastered by Grammy award winning producer Steve Orchard, who described McLean as ‘a great singer… [with] a lot of fresh energy’. The critically acclaimed singer is set to make a long awaited return with his excellent new single.

‘Does It Hurt’ is released on November 18th. Stream the song over on Soundcloud: http://snd.sc/16TSJ8R

A few weeks ahead of dropping her debut album, Paper Cuts (OUT OCTOBER 28TH); South London born hip-hop upstart AMPLIFY DOT is due to release her latest mixtape “Spare Parts”.

Although still arguably a new artist, Dot has had no shortage of career highlights. With celebrated performances at Glastonbury, Global Gathering, and Lovebox all under her belt and strong support from the infamous “People’s Prince”, Charlie Sloth, she is already begging to carve out a strong path to success.

Always putting his fans first, the platinum-selling singer/songwriter, streamed the album via the Lisnr app this past Sunday, September 8th. In groundbreaking fashion, he revealed the one-time stream at noon that day, dropping a 30-second video teaser of new single “Seasonal Love” as a gateway.

Upon viewing the clip, fans unlocked the beacon for the album stream, downloaded Lisnr, and got to experience Back 2 Life for the very first time. In addition, Gig-It’s Facebook application began hosting a five-track preview you can check out now.

To properly herald the album’s release, the music video for its sultry new single “Seasonal Love” featuring Wale made its world premiere on VEVO this morning Link (see below). The track proves to be a smooth grind of electronic club-ready grooves, R&B seduction, and Kingston’s inimitable flavor. It’s a fitting follow-up to recent Back 2 Lifebanger “Beat It” featuring Wiz Khalifa and Chris Brown, which yielded an impressive 30 million-plus YouTube/VEVO views.

It’s going to a busy week for Kingston. He spent the morning performing “Seasonal Love” on Live With Kelly and Michael, and on Thursday he’s set to be a guest on BRAVO’s Watch What Happens Live. Later this month, he’ll be appearing on both Arsenio Hall September 20 and The Queen Latifah Show September 23.

As a whole, the album reflects his musical diversity, while still preserving the style that made millions fall in love with him. It’s an intoxicating cocktail of rap, pop, reggae, electronic music, live instrumentation, and more with a myriad of high-profile guest appearances including T.I., Yo Gotti, 2 Chainz, and Busta Rhymes. 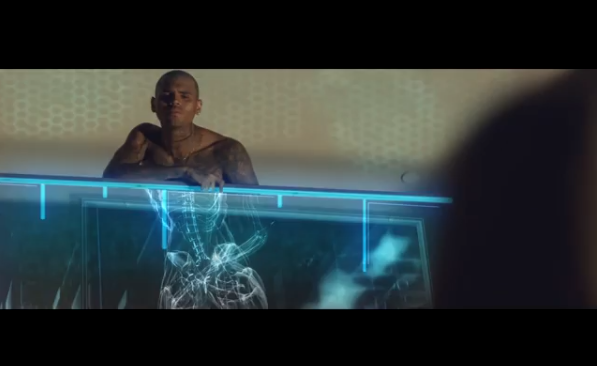 The singer is releasing the track ‘Love More’ – which features Nicki Minaj – from his upcoming album ‘X’.

The ‘Don’t Judge Me’ man has now unleashed the song’s accompanying self-directed video, which opens with Brown being called by a friend to come out and party.

He then drives in a car along with some mates before hitting a club. Minaj appears in the clip too as she performs her section of the song.

‘X’ meanwhile is due to be released later this year. 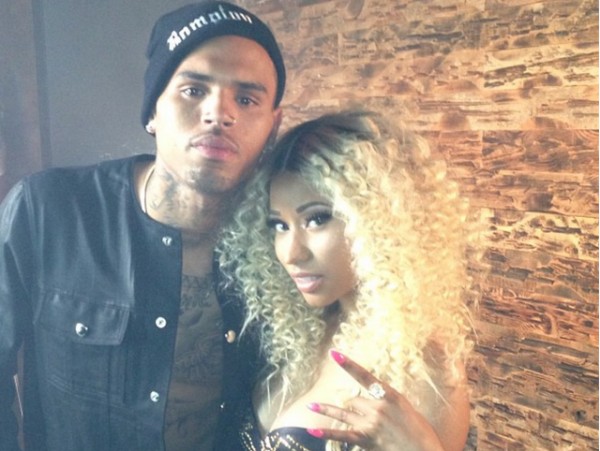 Born in Birmingham, and currently living in Derby, Donna Mullings is best known as one of the hosts onMagic Hands , CBeebies new sign language children’s series. Keen to learn more, we brought her in for questioning. This is what she had to say.

Tell us a little about yourself

I am the mother of a three-year-old son. I was born hearing and I became deaf at two years old through measles. I was born in Birmingham and have travelled all over the UK throughout my education. I have lived in Derby for the past four years.

I am keen on arts and craft, like taking photos and love to travel, especially in the summer holidays where I can just chill and relax on the beach. I also enjoy cooking, especially cupcakes, and love dancing Zumba and Salsa. My guilty pleasure is watching Home and Away !

How did you become involved in Magic Hands?

I’d heard that they were auditioning for a new show, and as I have quite a lot of acting experience, I thought I’d go for it. That’s it really!

What have you enjoyed most about working on the show?

I thoroughly enjoyed signing the poetry in front of the TV camera with the props surrounding me, and creating the atmosphere right there on the set.

What do think about a programme being shown on CBeebies that is entirely in BSL?

I think it is brilliant! It’s just fantastic to have BSL shown on CBeebies as it will be the first time in history a CBeebies programme will have deaf BSL presenters.

Why do you think shows such as Magic Hands are important?

It’s important to have shows such as Magic Hands because it is a good way of sending a message that there is another unexplored world out there. Not many children’s programmes have BSL presenters. Magic Hands represents a fantastic leap forward and I hope it will continue in the future.

What are you doing next?